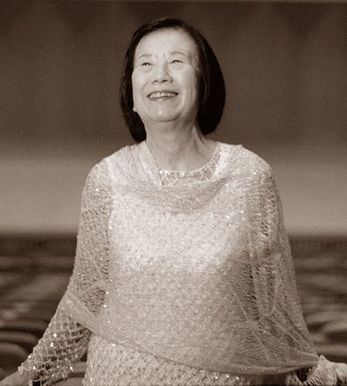 ​As a memorial to the inspiring and visionary organ pedagogue Yuko Hayashi (1929–2018), we are pleased to name the $17,500 first prize of the Boston Bach International Organ Competition in her honor. Yuko taught at the New England Conservatory beginning in 1960 and was the organist at Old West Church in Boston for nearly 40 years. She had an international outlook with penetrating impact, reflected not only in the instruments she proposed in Boston and Japan and the many colleagues she brought to Boston, but also in the perspectives of her many students and those fortunate to participate in her masterclasses. Naming the BBIOC first prize in Yuko’s honor draws international attention to her achievements and legacy. It would be fair to say that without her influence, there could not be an international organ competition in Boston.
To make a donation to the BBIOC prizes in memory of Yuko or anyone else,
contact the Secretariat at secretariat@bbioc.org.
​Prizewinners additionally will be booked to perform recitals in the following venues:
First Lutheran Church of Boston
St. Jakobi Lübeck
Hauptkirche St. Katharinen Hamburg
Hauptkirche St. Jacobi Hamburg
Ludgerikirche Norden
Thomaskirche Leipzig
Nikolaikirche Leipzig
Merseburger Dom
St. Petri Dom Bremen